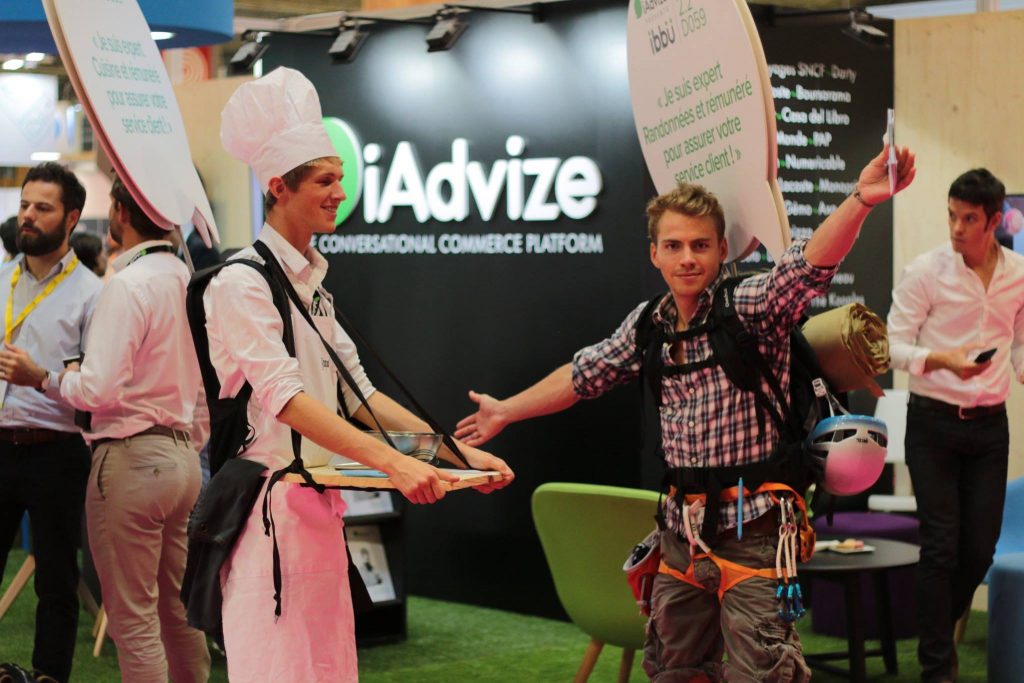 2016 has been a thrilling year for iAdvize. We set up shop in Germany, the UK and Spain, strengthened our positioning as a Conversational Commerce platform, launched ibbü, the first on-demand pool of experts, were recognised by Gartner in their Cool Vendor category and even met President Hollande! Thank you to all those who have read our blog articles, downloaded our content, followed us on social media, started working with us, continued to use our solution,  come to see us at events, visited our offices or just generally taken interest. It is all very much appreciated. Here’s a retrospective of the past year and a Christmas treat at the end!

2016 was the year during which iAdvize employees started working in Madrid, London, Düsseldorf and Milan. What a change! We now have 12 different nationalities within the company and a growing number of people who are non French speakers. This is a positive challenge for the company, with many meetings now taking place in English. Presentations for the entire company are live streamed to the “satellite” offices. These pioneer teams are benefiting from this acquired proximity with prospects and clients.

In March 2016, a team of four from iAdvize set off for the Elysée Palace in Paris to meet President François Hollande. They went to tell him about the Reviens Léon movement. Julien Hervouët, iAdvize CEO, is one of the 10 startup founders who created this organisation. Their aim is to convince French nationals who’ve moved abroad to work, often London or California, to come back and share their experience with exciting French companies, for they do exist!

Let there be conversations!

In March 2016, iAdvize stopped being a real-time customer engagement solution and became a conversational commerce platform. Why? To be consistent with our belief that online businesses must meet the expectations of the modern shopper: authentic conversations with brands, at all times, in all places. In January of this year, Chris Messina predicted that 2016 would be the year of conversational commerce as messaging applications overtake social networks and people start using Facebook Messenger and Whatsapp to communicate with brands. And indeed that prediction has rung true for iAdvize as we developed a strong partnership with Facebook and continued on our original mission: adding a human touch to online customer service.

In April 2016, the partnership between iAdvize and Messenger became official. It was even mentioned at Facebook’s F8 event! Indeed, iAdvize was the first editor in Europe to integrate with Messenger. Now, our customers can now implement Messenger on their website and receive these messages within the iAdvize solution. French Railway travel company, Voyages-sncf.com and British department store, House of Fraser are amongst those already using this communication channel.

2016 was also the year of ibbü! This new iAdvize service enables brands to connect their online shoppers with savvy enthusiasts who can provide authentic advice in real-time. Anyone can apply to become an expert and if selected, generate additional income by sharing their expertise via chat. DIY company, ManoMano and travel resort chain, Marmara have already achieved excellent results with ibbü, increasing conversion rates, average order values and consequently, website turnover. We launched ibbü in France in May and in the UK in October and got some great coverage in the press including three national TV channels in France (France 2, France 5 and M6) as well as BBC World during their ‘Behind the Headlines’ programme.

In July 2016, during our Summer Seminar, 5 new corporate values were unveiled to the entire company. All those present at the Winter Seminar in January 2016 contributed to the groundwork and a task force of 10 met regularly over the next 6 months to extract the essence. They came up with 5 call to actions that express the attitude and behaviour we estime and reward. Voilà!

In June 2016, the first Genius Kids event took place! Why Genius? The old mascot of iAdvize is a genie and in French, they have the same word for genie and genius :-) The objective with these events is to invite the children of iAdvize employees into the office so they can see where their parents spend so much time! And also give parents an opportunity to meet up. It was lots of fun and will be happening again in 2017. This short video should give you an idea of the ambiance ;-)

Every Tuesday and Friday, we get a mouthwatering post on Workplace from Annelies. She sends us the ‘Genius Food’ menu of the day. Most days we can choose from a selection of delicious dishes in jars and then from time to time, we get something extra special like cheese platters, paella or tartiflette! These meals are provided by company, twice a week. ‘Genius Food’ days have become key moments in the week for gathering in the Square and eating together.

On the 14th October, the 3rd edition of the iAdvize Ship It Days took place. 48 hours, 90 participants and 16 projects shipped. A true highlight of 2016 as people took a step back from their daily responsibilities and got together to work on a variety of projects. It was fun, stimulating and we really felt our 5 values throbbing throughout the officies :-)

2016 was also the 3rd time we took part in Movember. Every year it gets bigger and better. The GeniusMoTeam came second in France in terms of funds raised (€8,365) and Thomas, the leading Movember guy at iAdvize personally raised more than anyone else in the country! This year, the team launched its own Movember beer,  the ‘Movembeer‘, organised a men’s health awareness conference, a football tournament and several parties to raise as much as possible. It’s always lots of fun and for a good cause :-)

Every year, iAdvize employees bring their partners and children along to the Christmas party! Guaranteed on the programme: Father Christmas, presents for all, oysters, sparkling wine, dancing and for the third year running, the iAdvize Christmas Choir! This has become a real institution. Generally, 15 very brave people take part. We start rehearsing on a weekly basis two months before the concert and prepare 4 or 5 songs, a mix of Christmas classics and other catchy tunes. This year we started with “Do you hear the people sing?” from the Misérables and finished with “All I want for Christmas is you” with a stunning solo from Adénora. You can see the live stream on our Facebook page.

And finally, so we can wish you all a very Merry Christmas and a Happy New Year in our own special way, please take two minutes to watch our video! 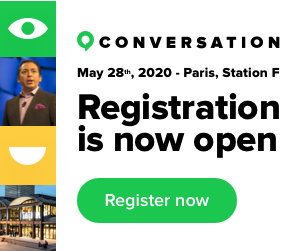