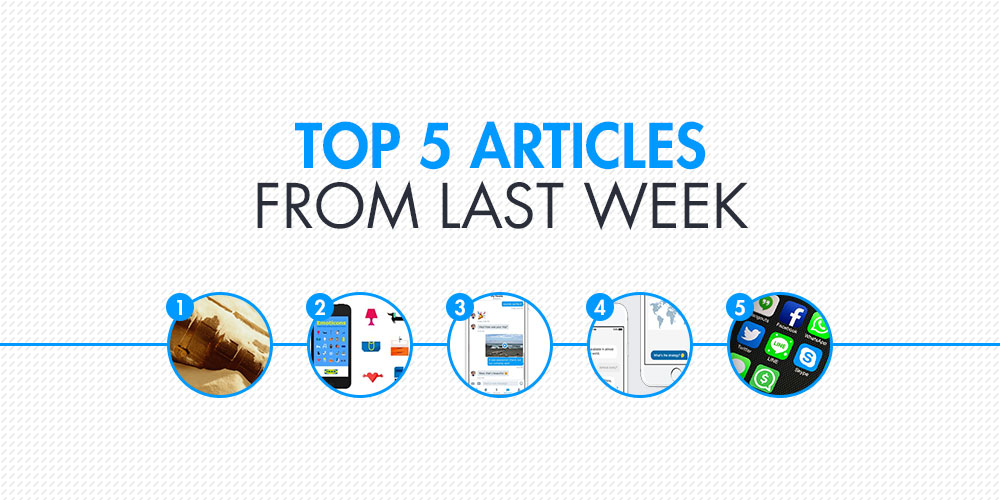 To celebrate it being Monday, let’s take a quick look back at the best articles from last week! This week we are focusing on Social media, conversational commerce and eCommerce.

Social media networks are continuously adding cool little features here and there, and it can be tough to keep up — especially if there’s no big announcement.

Why Brands Should Care About Messaging Apps – Medium

Mobile is eating software. We’ve all seen the stats. We’re spending more time on our thumbs than touch typing on keyboards. Yet we’re also changing the way we use mobile — with every company trying to claim their stake in the gold rush that was mobile (before it became so saturated), people are getting sick of apps.

Twitter is adding another key feature today. In addition to GIFs, you can also capture and share video in Direct Messages.

Is Messaging the Future of News? Quartz Thinks It Might Be – Fortune

One interesting potential future for Quartz is that designing its app around a conversational, messaging-style metaphor would make it relatively easy to build those news updates right into an existing messaging app like Slack or Kik or Facebook Messenger, as Fusion writer Felix Salmon noted on Twitter after the app was released. In that sense, what Quartz has really built is a news bot that you talk to get your news.

7 things you need to know on conversational commerce – Letscap

Imagine booking your next stay in New York from within your Facebook Messenger, Whatsapp or other messaging app. Commerce as easy as a conversation has never been so close to reality. Chris Messina, the inventor of the hashtag, recently declared 2016 to be the year of Conversational Commerce.