Home > Trends > Will Siri be the next step for Artificial Intelligence? 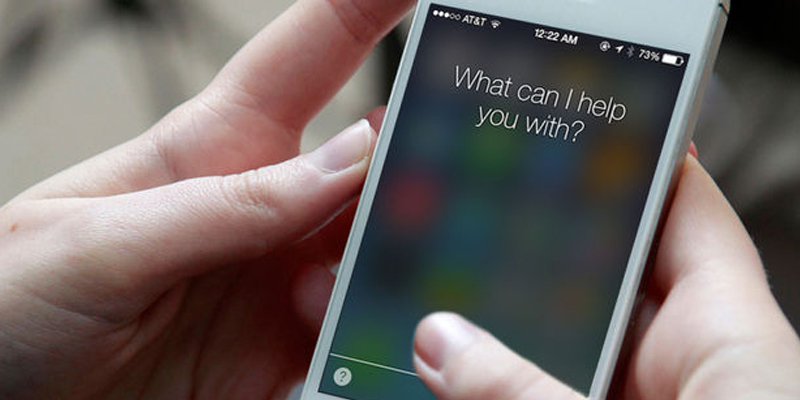 These last few years, the Apple artificial intelligence, Siri, had fallen behind due to lack of features. Until now, iPhone users mostly used Siri for entertainment or to add appointments to their calendars. But Apple has a few tricks up its sleeve. At this year’s Apple Worldwide Developers Conference, the company made the biggest announcement concerning Siri since its launch: with iOS 10, Apple now opens Siri to third-party developers.

Developers have now access to a Siri API which enables them to incorporate Siri into their apps as they see fit. The voice-recognition technology can now work with messaging apps: WeChat, Whatsapp or Slack. It can also interact with booking apps (Uber or Didi in China), with photo search apps (Pinterest) or workout apps (Runtastic, Run Keeper). It can activate VoIP calling apps (Skype) or payment apps (SquareCash) from any Apple device (CarPlay, Apple TV, Mac, iPhone and so on).

Read more: With iOS 10, iMessage is more conversational than ever

The significant change for Siri this year will mainly come from third-party developers. On the latest iOS version, they can extend their apps with SiriKit to combine their apps with Siri. The iOS 10 intense API allows Siri to take on the vocal part of the work to make apps follow your command.

Popular apps that could integrate with Siri’s artificial intelligence

But what about security? Will Siri have access to all my data? No, the Siri technology only analyses people’s voice. It matches what people say and initiates actions based on the vocabulary incorporated with each app. This vocabulary is the only information Siri has access to. It is calculated on the device you are using and not sent to the Apple server.

Siri is now open to all apps that want to make it accessible to their users. Brands could use this type of artificial intelligence in their customer service strategy. For example, iAdvize could incorporate Siri within its mobile app. It could potentially help visually-impaired users since our platform is not yet adapted to their needs. Only time will tell if brands will use Siri as a customer service tool and whether it will be effective. Developers can start incorporating Siri into their apps and use it publicly on iOS 10 since the 13th of September.

“In my opinion, the technology offered by Siri is pretty accomplished and it works quite well. I think we’ll see more of it in the future. On iOS 10, Siri can efficiently be used not only to dictate some text but also to do concrete actions on apps. For example, you could ask Siri to stop your workout session on Runstatic. In this sense, the voice recognition program is a more advanced form of artificial intelligence than chatbots. Chatbots just use the text to give you automated suggestions,” argues Alexandre Karst, iOS developer at iAdvize.

As the public hasn’t yet tested Siri with third-party apps, it’s not yet possible to draw conclusions. Siri’s actions could potentially be limited if the vocabulary recorded by apps is hard to find and, therefore, to use naturally. If so, Siri could have the same flaws as chatbots: frustrate users by not giving them useful answers if the technology doesn’t understand their questions. If that’s the case, chatbots would potentially have an advantage over Siri: context. Chatbots have a global user context because they interact with them in a conversation thread. Therefore, they can go back on previous conversations they have had with visitors. Chatbots just follow a path on conversations: “Do you want these shoes?”, “No.” “I suggest this pair”.

If Siri is efficiently incorporated into third-party apps, the voice recognition program could become a more accessible and helpful form of artificial intelligence than others currently available, for example, chatbots. Among its voice recognition competitors such as Google Now for Android phones or Cortana for Windows computers, Siri is more advanced. Apple has democratised the virtual assistant by making it accessible to developers. Developers’ dream has come true: they can publish their apps combined with Siri on iOS 10 ever since the 13th of September.
Siri is now widely available and designed to be users’ primary interface to every Apple device going forward.