Home > Ecommerce > What impact could TTIP have on the eCommerce sector? 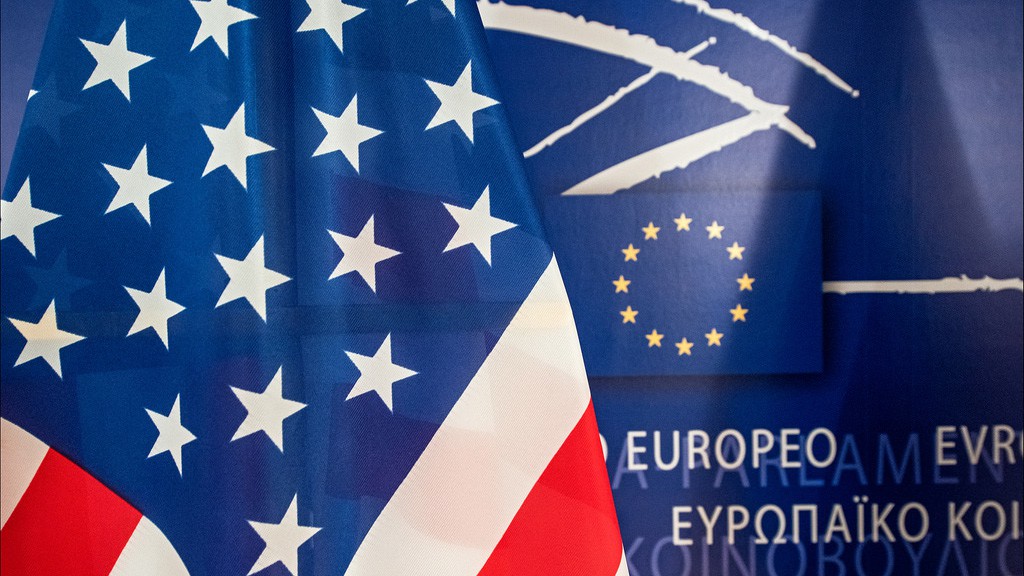 For three years now, the Transatlantic Free Trade Area, also known as the Transatlantic Trade & Investment Partnership (TTIP) has been the subject of a lot of controversy and debates. It’s a crucial issue since intercontinental exchanges represent at least 40% of International Trade and the United-States and the European Union account for half of global GDP.

This article covers key trade aspects that could bring a radical change to the United-States and Europe’s multilateral trade agreements.

What is TTIP all about?

Why could it be important for companies?

Currently, when a company launches a product on the American and European markets, it has to produce two different models. This happens due to a difference in regulations between Europe and the US.
For example, a car manufacturer launches a new model. One issue immediately arises: in Europe, there are different regulations concerning car headlights than in the United-States. As a result, the company will need to produce two different car models: one for the American market and one for the European market. However, if the two continents agree on a treaty to harmonise norms and regulations, companies will only have to produce one product for both markets.

Countries are already working on digital trade issues within the World Trade Organization (WTO), but the WTO efforts are not progressing. Therefore, TTIP could offer better opportunities for creating new International Trade laws for eCommerce.

Will the treaty ever be signed?

There is general public distrust in this treaty. The negotiations are very opaque, and only deputies have updates on the evolution of the situation. This is why Greenpeace recently leaked TTIP’s documents.

Opponents of the treaty fear it will only offer more power to multinational companies. Indeed, Philip Morris already attacked Uruguay and Australia for their non-smoking policy. If the agreement is signed, the company could do the same with the EU countries. On the other hand, supporters think the treaty will help save money, create jobs, increase growth and as a result, accumulate wealth.

The privacy and competition regulation differences between the EU and the United States do not constitute insurmountable obstacles to progress in TTIP negotiations on eCommerce issues. However, unlike the TPP negotiations, the TTIP talks have unfolded in the midst of contentious transatlantic digital relations. The European Court of Justice struck down the U.S.: in 2015, the EU Safe Harbour agreement and EU privacy regulations showed to be incompatible. Actions of European competition law authorities against American technology companies, such as Google, have also disturbed transatlantic digital relations.

Conclusion: Including privacy and data security principles in trade agreements, such as the Trans-Pacific Partnership (TPP), highlights the global importance of privacy issues in a trade context.

“Despite reluctance to address privacy in a frontal way, there may be a way to deal with cross-border data flows in another way,” says Harriet Pearson, Co-Chair of the privacy and data security practice at Hogan Lovells LLP in Washington.

This year, France’s privacy regulator, known as CNIL, fined Google €100,000 ($112,000) for not applying Europe’s “right to be forgotten” on the Internet. Since 2014, in Europe, one can invoke the “right to be forgotten”. The European Court of Justice ruled that individuals can force search engines, social networks and the like to remove links to websites that “appear to be inadequate, irrelevant or no longer relevant or excessive”—therefore, links that are merely unsubstantiated.

The negotiations between the European Union and the United-States are taking a long time. There is absolutely no sign that the treaty will be signed anytime soon. Both parties still need to negotiate major issues, including user privacy and data security provisions.